Lessons in PR and Credibility from Jimmy Kimmel

Home/Lessons in PR and Credibility from Jimmy Kimmel
Previous Next

Lessons in PR and Credibility from Jimmy Kimmel

Jimmy Kimmel has been known to pull a prank or two on his guests or friends, but he pretty much punked millions of fans when he pulled the ‘twerk fail seen around the world’ on YouTube last year. 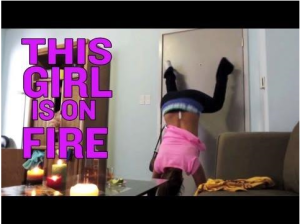 Joke was on us, the viewers, but also on the media, who reported this entertaining anecdote with much gusto but without much embarrassment at having been outted for its own poor reporting skills. Yes, it was just Jimmy Kimmel, late night talk show and comedian by trade, so that can be expected, right? Perhaps, but in this day where stories on social media are scrutinized—precisely to determine their authenticity—traditional media really needs to make sure it gets it right in its reporting, especially when they’re using social media as sources or as the stories themselves.

Reporters want to be the first to break a good news story but they also want to get it right. The latter outcome is even more important because credibility is at stake—among industry peers, including PR, and the audience they’re trying to win. Given that social media is an online wild west where anything and everything can happen, making sure stories derived from the Internet are legit is key to preserving credibility.

To that end, media can collaborate with PR pros, who can do the due diligence in vetting the legitimacy of Internet sources and stories. If accuracy is just as important as speed for the reporter, then working with a PR team is the value-add traditional media needs in getting the story right.

Winger Marketing is a full-service marketing and public relations agency headquartered in Chicago.  For more than 30 years, we have successfully worked with middle-market clients, small businesses, non-profit organizations and fortune 10 companies to meet their business goals through inspired public relations and integrated marketing campaigns. Winger Marketing also works with other national and international PR Agencies as its Chicago branch or “boots-on-the-ground” firm. We leverage our experience in industries ranging from healthcare and law, real estate and travel, to cultural and educational institutions. Our custom solutions for businesses allow us to scale a marketing plan and PR campaign that is right for your company.